Ring bandaging
This method is the most basic method of all kinds of bandages. This method is used for the beginning and end of bandages, as well as for parts of the wrist and limbs of equal thickness.
Steps:
1. Cover the wound with a sterile or clean dressing, and fix the dressing.
2. Open the bandage, make the first circle slightly obliquely, approximately 45 degrees; press the first circle out of an angle into the annular circle to surround the second circle.
3. Pressurize around the limbs 4-5 circles, each circle covers the previous circle, the bandage winding range should go beyond the edge of the auxiliary material.
4. Finally, reduce the excess of the bandage and fix it with adhesive tape. You can also cut the end of the bandage into two strips longitudinally from the center, and then tie the knot.

Spiral bandage
This method is mostly used for limbs and trunks of the same thickness.
Steps:
1. Cover the wound with a sterile or clean dressing and fix the dressing.
2. Wrap twice according to the ring method.
3. Starting from the third turn, winding each turn covers one-third or one-half of the front turn in a spiral shape.
4. Finally, it ends with a ring bandaging.
Note: Apply uniform force when bandaging, and fasten it firmly from the inside out. When the dressing is completed, the dressing covering the wound should be completely covered.

Spiral reflex bandaging
This method should be applied to different parts of body thickness.
Steps:
1. Cover the wound with a sterile or clean dressing and fix the dressing.
2. Wrap twice according to the ring method.
3. Then fold each circle of bandage to cover one-third or two-thirds of the front circle. Follow this to wind up from bottom to top.
4. When turning back, hold down the upper center of the bandage, turn the bandage back down with the other hand, then wrap it back and tighten it; the place where the bandage is turned back should avoid the wound of the patient.
5. Finally, it ends with a ring bandage. 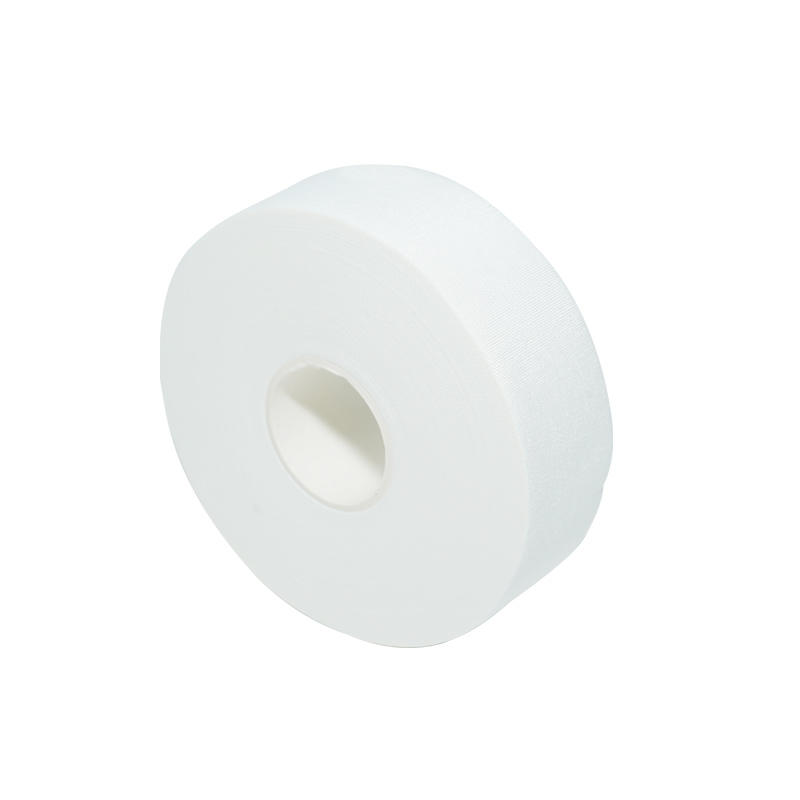 "8" bandage dressing method
Wound the palms, ankles and other joints with "8" bandages. Elastic bandage is the best choice.
Steps of "8" bandage on hand:
1. Cover the wound with a sterile or clean dressing and fix the dressing.
2. When bandaging, start from the wrist and wrap it around twice.
3. Through the "8" entanglement of hands and wrists.
4. Finally, fix the end of the bandage on the wrist.
Procedures for parts with different diameters or flexed joints such as elbows, shoulders, hips, knees, etc.:
1. After flexing the joint, wrap the distal end of the joint circularly for two weeks.
2. With the right hand, bandage the bandage from the lower right over the joint to the upper left, go around the back, and then from the upper right (near the heart end) over the joint to the lower left to make a "8" shape, covering 1/3 of the last week every week~ 1/2.
3. Ring bandaging for 2 weeks to fix
Note: When bandaging the joint, wrap it up and down in a "8" shape around the joint.

Return bandaging
It is used to bandage parts without a tip, such as the fingertips, head, and amputation stump.
Steps:
1. Cover the wound with a sterile or clean dressing and fix the dressing.
2. Ring bandaging for two weeks.
3. Fold the bandage upwards with the right hand perpendicular to the circular bandage, first cover the center of the stump, and then alternately cover the left and right sides, and fix the reflexed part with the left hand, covering one-third to one-half of the last week every week.
4. Fold the bandage in a loop for 2 weeks and fix it.
PREV：Precautions for the use of bandagesNEXT：Kinesio Tape