What are the similarities and differences between medical gauze blocks and medical bandages?

We basically have a certain degree of medical knowledge, and we can recognize different uses and appearances of simple medical supplies and medicines. But do you know the difference between medical gauze block and medical bandage? Because for this kind of hospital surgical bandaging and the products that are often used in surgery, everyone may feel different from the name, but it is impossible to say more differences. Don't mention that you may not understand, even the editor learned about the similarities and differences between the two products after consulting the technicians of the medical gauze block manufacturer.
The range of medical bandages and gauze blocks overlap.
Medical bandages are mainly used to wrap wounds and prevent wound infections. From a definition point of view, the scope of medical bandages covers medical gauze blocks. It can be divided into two types: gauze bandage and elastic bandage. Among them, the cotton gauze bandage can also be called gauze block, which is used for bandaging and fixing after external wound dressing in hospital surgery and family.
The appearance and function of the two are different.
Because the more common medical bandage is the elastic bandage. It is mainly used for retention and bandaging of patients with varicose veins of the lower extremities and orthopedics to improve blood circulation and prevent swelling of the limbs. It can also replace the multi-head abdominal band after surgery for compression bandaging of different parts of the human body.
The length of this product is relatively long, while the medical gauze piece is a cut product, generally very short, and is often used for general wound dressing.
The materials are the same, but the craftsmanship is different.
The production materials of both of them are gauze, but the bandage needs to be processed by composite elastic materials, while the medical gauze block needs to be processed by cutting and other processes.
Related Suggestion : White cotton regular hole tape 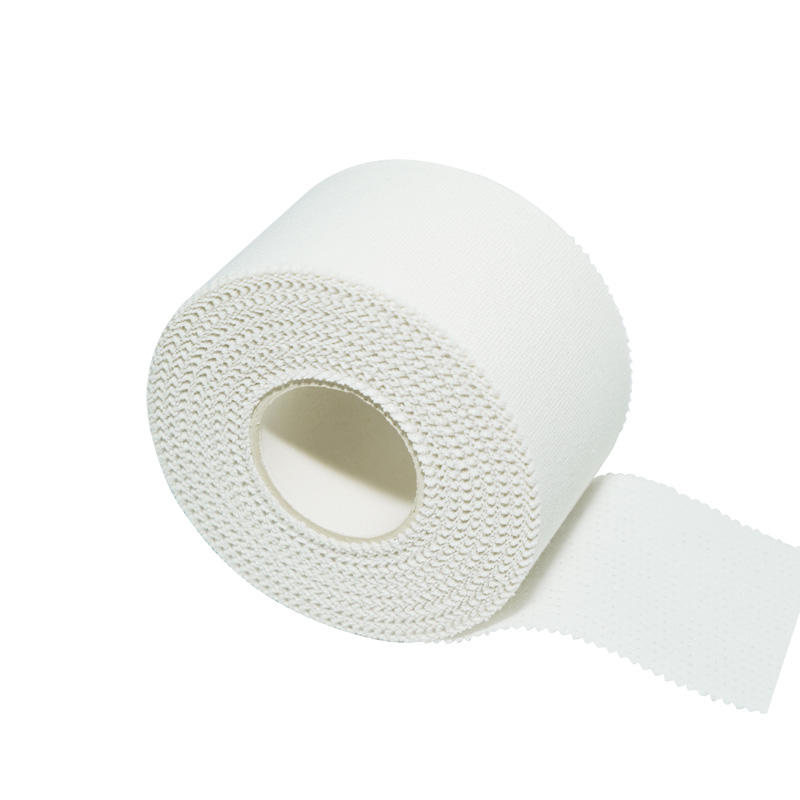